A multi-tool is a very handy piece of gear to have on hand. It provides a ton of functionality and flexibility. We're reviewing the Gerber suspension, a fairly decent multi-tool. Overall it is a decent tool but definitely not the best. It doesn’t cost much at all. It is a good choice, just be aware of what you are buying.

Overall we thought it was a pretty good tool. It isn’t perfect but it isn’t bad. It is practical, functional, and serves its purpose well. It is much less expensive than many other similar options such as Leatherman. This isn’t what you would get if you want the best but if you just want a good tool that works well, this is a good choice. 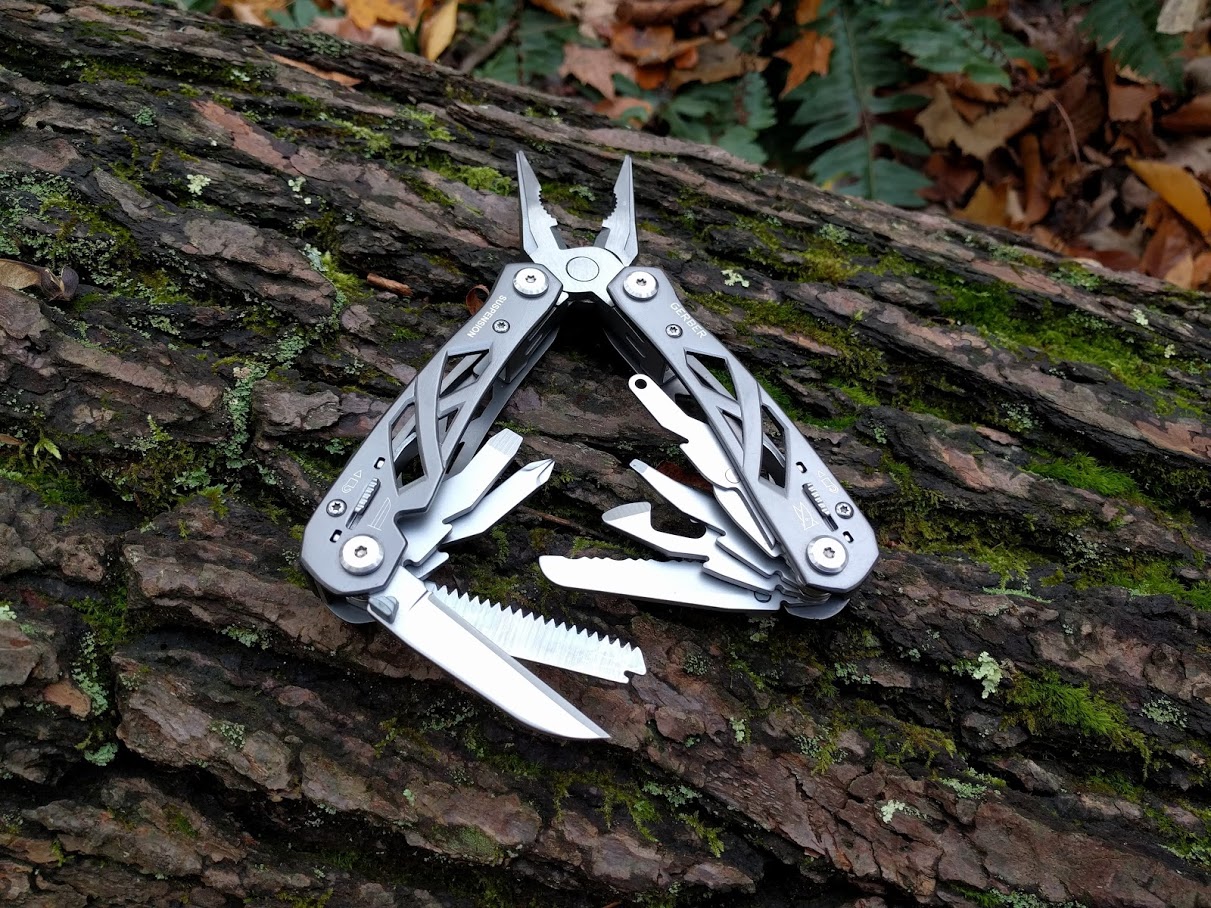 Most people, across different sites have given it good reviews. We’ve checked the manufacturer’s site and Amazon. Some people have had bad experiences but more people tend to love it.

The material feels great in your hands. It has been well built. It is solid and the all of the parts move smoothly. It has been noted that the material isn’t as strong as it could be. They pliers can become stripped over time and parts may bend if stressed too much. We still think it is pretty solid but if you don’t mind spending a bunch more money, you can get something more durable.

In a wilderness survival context, this specific tool is going to provide mostly everything you should expect from it. As with all multi-tools it isn’t going to provide all of the functionality you might want. It does a lot but doesn’t do everything. Certain things aren’t meant to be done with a multi-tool no matter how many features it includes. It obviously isn’t good for hacking and chopping but it isn’t meant to be either (neither is the leatherman, etc.). It is still a good idea to carry a fixed blade knife. It would be a good idea to additionally carry something like a kukri knife, Bowie knife, or hatchet. 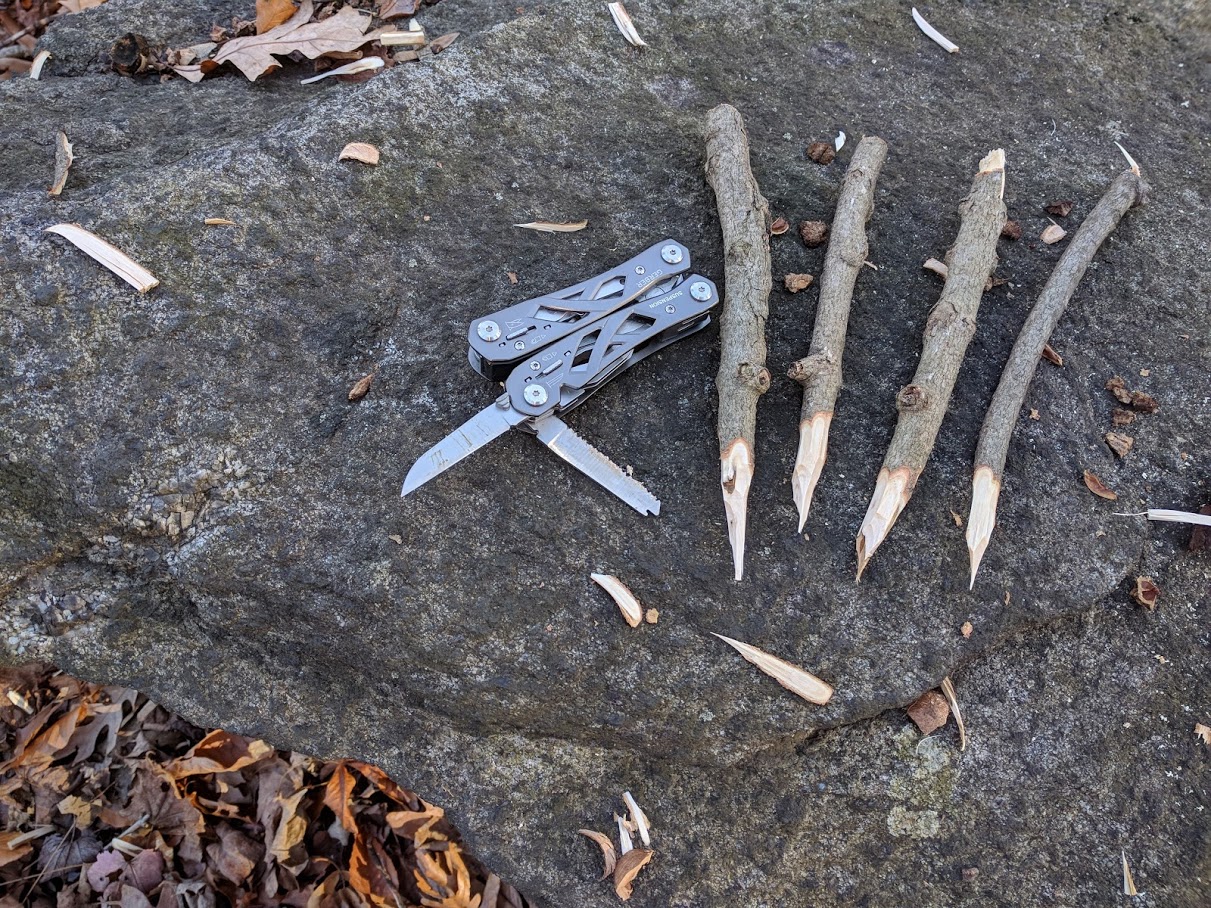 It is a little bit bulky. I feel like it could have been made more compact without reducing the size of any of the components. It doesn’t have the biggest selection of tools but it covers all of the basics. It gives you mostly everything you will really need.

The knobs used to push out the blades are a little small and not as easy to grip as they could be. They still work fine but you aren’t going to be quickly flipping the blade out like you would with many folding knives.

Each component tool locks in place when you slide it out. This is nice but it isn’t overly easy to unlock them before folding back in. The knob is small and tight enough that you can’t really operate the unlock mechanism without using a fingernail. Your finger won’t work as you need something to catch the edges. Just look at the pictures and the video and you will see what I mean.

The tool features two blades, one serrated and one fine edged. The come reasonably sharp by default. They definitely aren’t dull. Neither of the blades are particularly long. They are good blades but not as long as we would have expected.

The needle nose pliers are spring loaded and function smoothly. In a wilderness survival context, you might be using these to move hold a hot pot or cup off of a fire. They are also great for repairing equipment among other things.

The can opener isn’t as sharp as we are used to seeing but it should still work fine. It should provide enough leverage to open a can.

The scissors are really nice. They cut smoothly and spring open nicely on each cut. They’re great for cutting string and are really nice for cutting fishing line. They are handy if you need to trim the extra bit of leftover line after tying on a new hook.

The saw features small alternating teeth that should leave a smooth, even cut. It probably won’t cut as quickly as a saw with larger teeth but that's not really what you want it for anyway. It is better for more precision work. You wouldn’t want to use it for anything where

It includes three different screwdriver heads. It has one small and one medium flat head screwdrivers. It also includes a crosspoint screwdriver. This one is a little on the flat side but should still work fine.

It also includes a bottle opener built into the handle. The needle nose pliers also merge into regular pliers and wire cutters, basically three in one (pretty standard).

It includes a durable nylon sheath, for free, by default. Not all manufacturers include this by default. Many require more for the sheath. A lot of people complain about the quality of the sheath. It definitely isn’t anything fancy but seems sufficient. It uses velcro instead of a snap. I personally don’t have an issue with this but not everyone prefers it. Of course, you probably shouldn’t base your decision to buy or not buy this tool based on the sheath.

Multiple people have had problems with the tool breaking down when using cable cutter. One person specifically has reported that when trying to cut barb wire with the wire cutter, the tool broke. They have noted that a leatherman was able to cut that same barbed wire. We can’t confirm this because we haven’t attempted to cut barbed wire with ours. If this matters to you it might be a good idea to pick a different tool.

This is still a reasonably good multi-tool. For the price it is a great value. You might get more heavy use out of something more expensive. If having the best quality is really important to you then consider something else. If you want a simple, inexpensive tool that works pretty well in most situations, this is still a good choice. 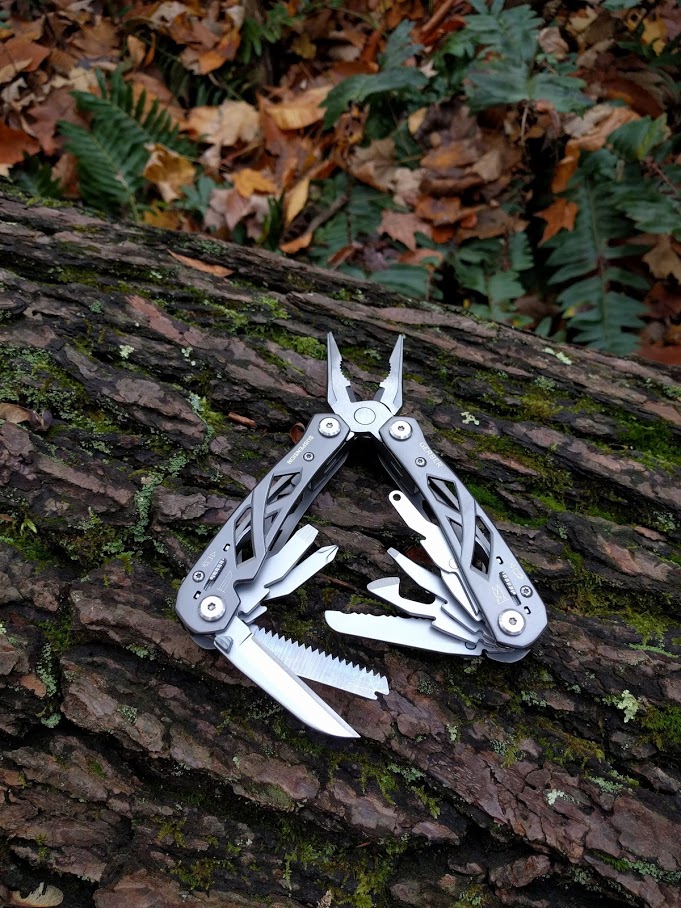