Building an effective survival shelter is critical core skill for staying alive in the wilderness. Your ability to build a shelter will directly impact your ability to stay alive.

Lean-to - This is one of the simpler shelters that can be built. It basically consists of a roof running diagonally from the ground to the supporting ridge. It can be made of any number of different materials. One side is left open which works great in conjunction with a fire and fire reflektor. If you aren’t using a fire, you might want to opt for an A-Frame shelter.

A-Frame Shelter - in its simplest form this can refer to just a tarp hung over a rope, between two trees. I commonly refers to an “A” shaped from made of wood lashed together. A slightly more complicated variant of this would include a platform added part way up. A platform is really important in tropical, jungle, or swamp environments. 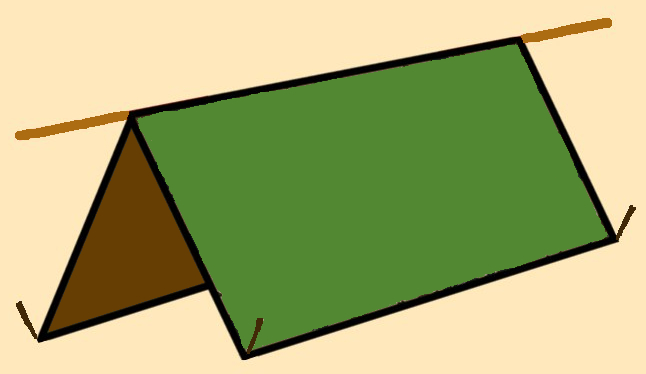 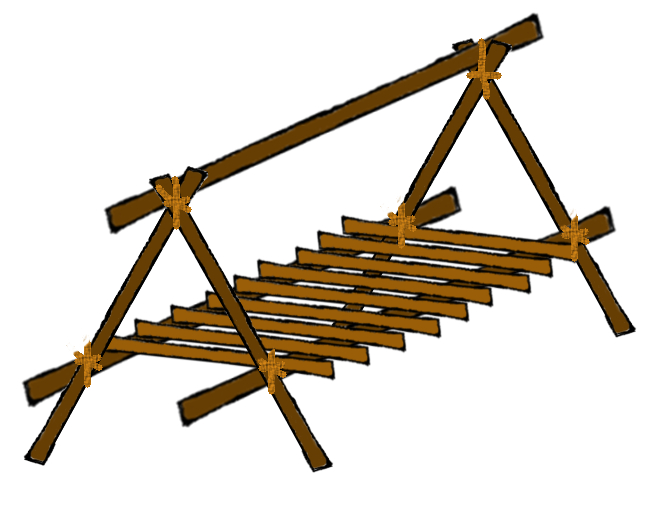 Debris Hut - This is similar to an A-Frame shelter but missing one support. The ridge pole is more diagonal. The frame is generally covered with debris like leaves and stuff. 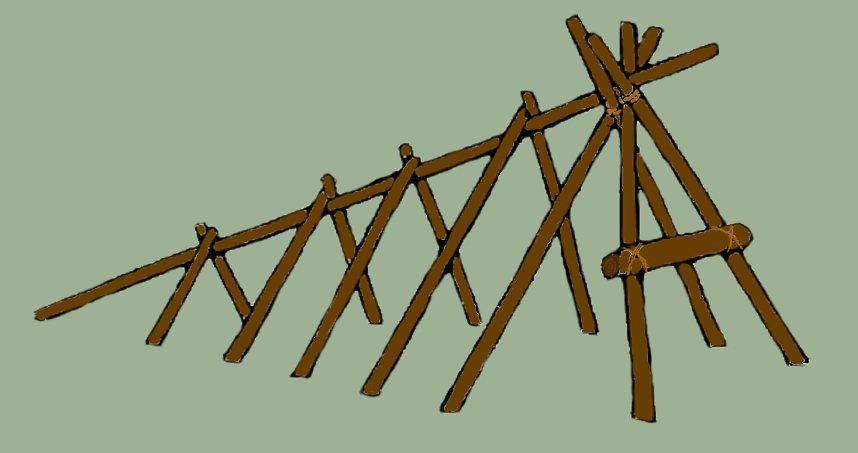 Jungle Hut - This is kind of like an a frame shelter except that it is more of a box with an a shaped roof.

Tent - normal, pre constructed tent bought from a store. They come in many shapes and sizes.

Tarp Tent - A tent built with a tarp suspended by a rope. Often uses the A-Frame structure mentioned above. 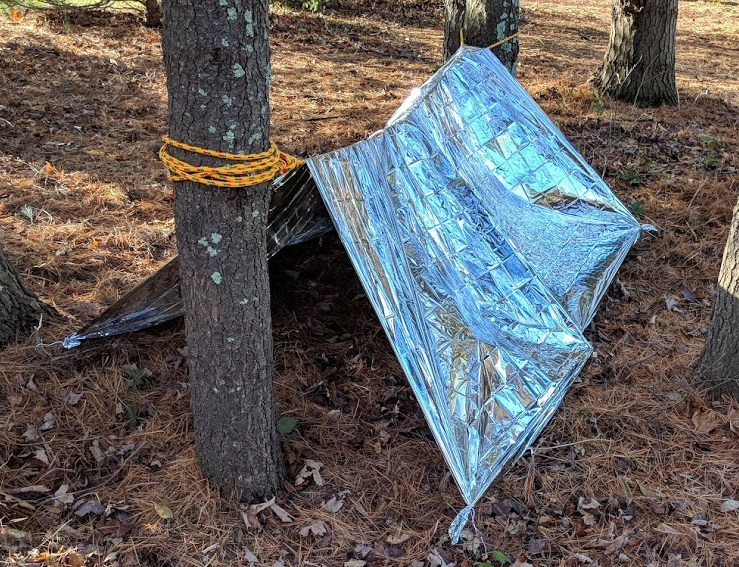 Poncho Shelter - Usually either a lean-to or tent made with a poncho.

Tepee ( tipi ) - This is basically a cone shaped tent. It is meant to be foldable and relatively easy to transport. It was traditionally made of animal skins and poles but you could substitute a tarp or whatever you have available for a modern variant. 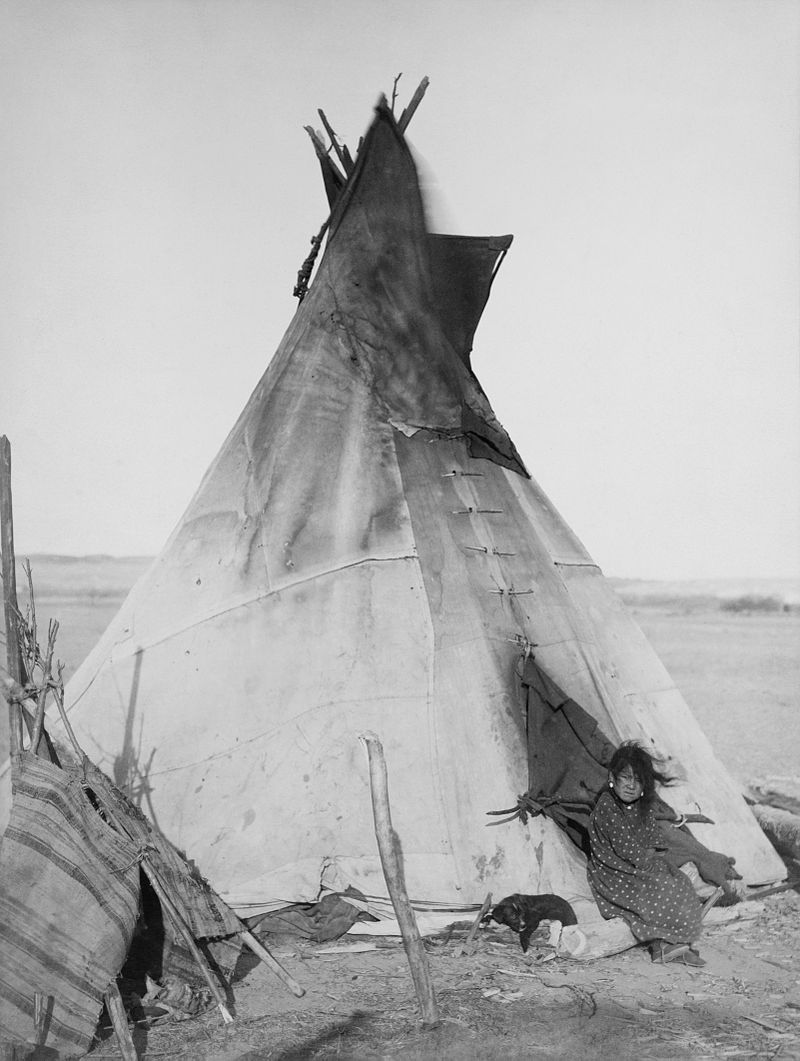 Simple 3 Pole Tepee - This is a really simple three pole version of a tepee.

No Pole Tepee - This can be built by suspending the center of the tarp from an overhanging tree branch with rope. The sides are staked down.

Cave - If you can find a cave you can save yourself a lot of effort in constructing a shelter.

Natural Hollow - This can be a hollowed out area under an overhang or a pile of boulders.

Log Cabin - This is a permanent structure built from interlocking logs. 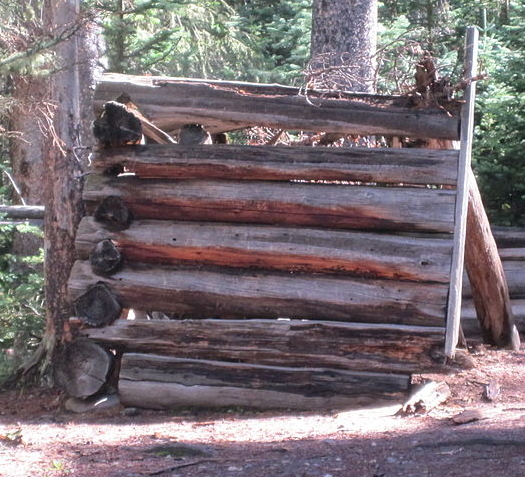 Sod House - This is a permanent structure made of pieces of sod. The pieces of sod would be stacked like raw bricks to form walls.

Wigwam - This is basically a dome of arched poles that form a frame. A covering is placed over the frame. This structure holds up really well in harsh weather. It is semi-permanent and takes longer to put up than tepee. It is usually not portable. 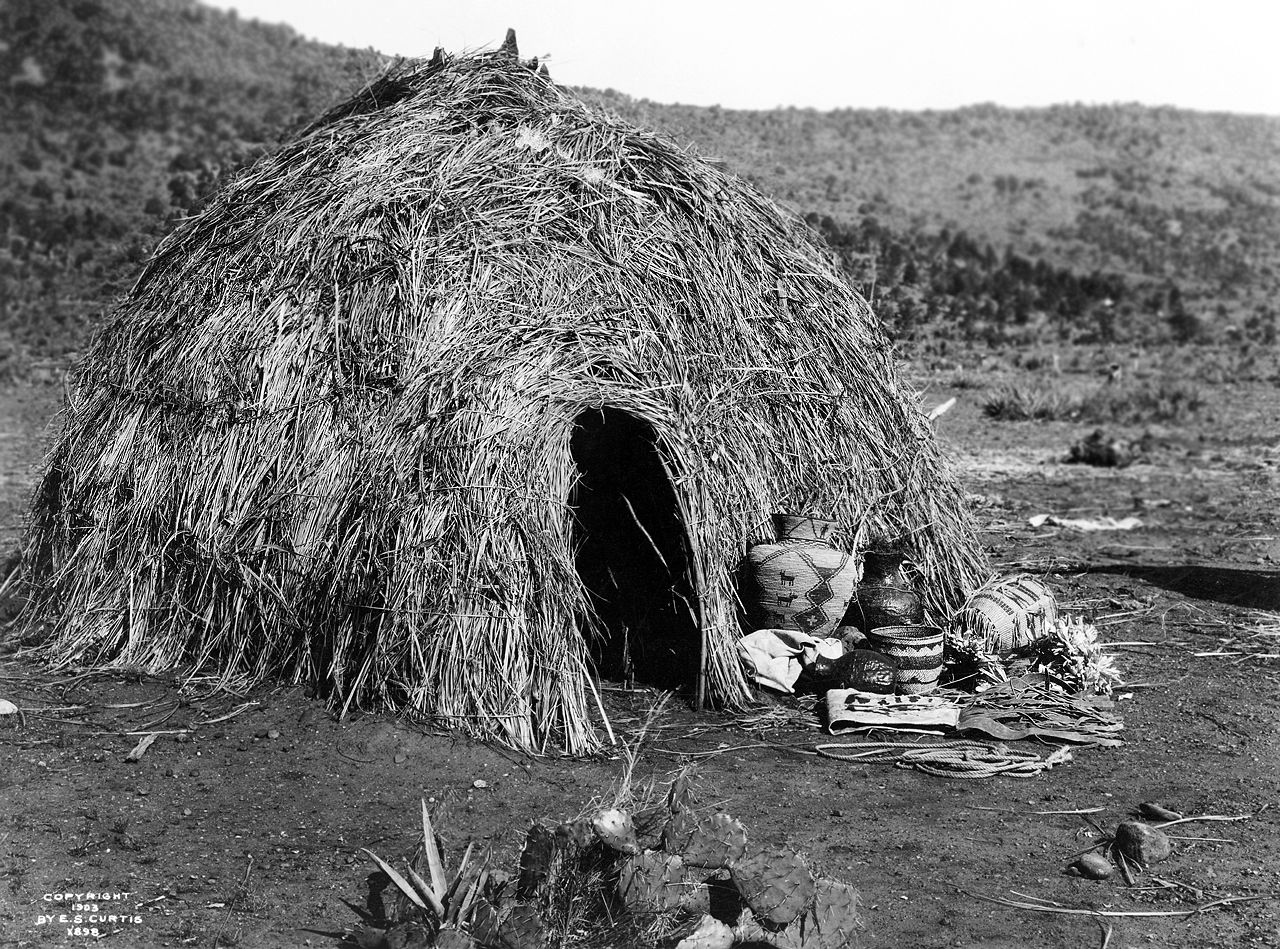 Igloo - This is a dome shaped house made from blocks of compacted snow. 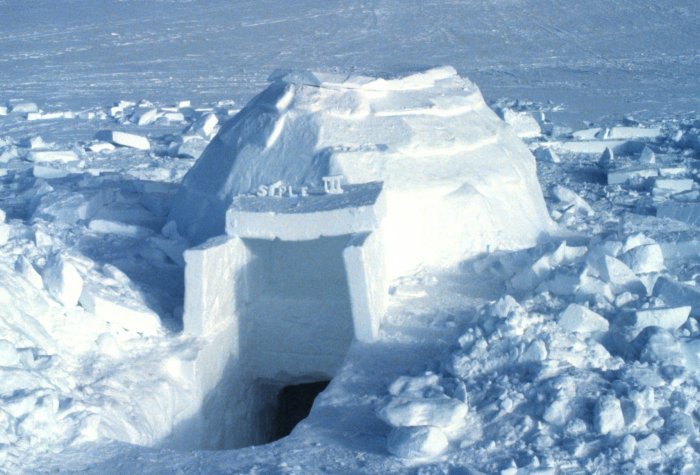 Quinzee - This is a snow shelter made by hollowing out a pile of snow. It is easier to build than an igloo but less stable and collapse easier. 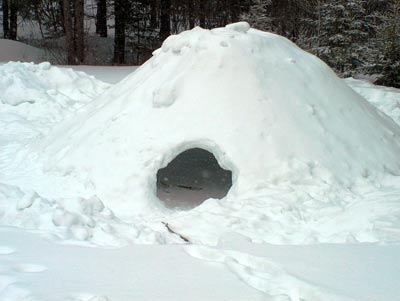 Snow Trench - For this, basically dig a trench in the snow, cover it with branches, and cover those branches.

Tree-Pit Snow Shelter - There is often a natural hollow under the low hanging branches of conifer trees that doesn’t accumulated snow. You can fortify this with more evergreen boughs and more snow.

Beach Shade Shelter - This is great if you are on a beach or stuck on an island or something. Dig a trench and build up mounds of sand on each side. Place driftwood and branches over the trench. Cover it up with grass, sand, and whatever else you can find.

Desert Shelters - In a desert environment, you can construct something similar to the beach shelter above. If you have a tarp, poncho, or emergency blanket you will be able to fortify this a lot easier. You can also build more elaborate below ground shelters with multiple layers of insulation. You can also construct an open air shelter with just a poncho anchored to piles of rocks. Much of what you do will depend on how rocky vs how sandy your environment is.

When building a survival shelter your objective will vary depending on your needs and your environment. Your goal will generally be to keep out the water, wind, rain, and snow. At the same time you will be trying to keep in the heat (unless you are in a tropical or hot desert environment). In a desert environment it is also important to have protection from the sun. This is also the case if you happen to find yourself on a life raft floating in the middle of the ocean.

Being able to lash logs together is a really handy skill when building a shelter. It is something that you should make a point of learning if you aren’t already familiar with it. The simple shelters we talk about here can be expanded upon and made to be much more elaborate. Effective use of lashing and wood can result in all sorts of really neat stuff. You can make towers, ladders, bridges, and more.

Considerations for a Survival Shelter

Have to use what materials are available in the environment around you. The type of shelter you build will be dependent on this.

If you are aiming for warmth, it is important not to build your shelter too big. This is a common mistake and will make it harder to keep warm. You will however need to make sure that you at least have enough space to lay down.

When selecting a site for your shelter, you are going to want to look for flat, level ground. You are also going to want to make sure that the ground isn’t wet. If this isn’t possible, you will need to build a suspended platform to sleep on. A sleeping platform is commonly used in tropical or swamp environments.

Remember that 80% of body heat can be lost to ground when resting. Also, 70% of statistics are made up so who knows. I can tell you that you can lose a lot of heat due to direct contact with the cold ground. Another common mistake people make is sleeping directly on the ground. You should at least create some type of bed even if it isn’t elaborate. You need to have something to separate you from the ground. The most simple example might be to just use a bunch of leaves and grass. A step up from that would be to use branches as base and cover those with leaves and grass. If you want to get really fancy, you can construct a suspended platform.

One thing to be aware of is the possibility of rocks, dead trees, or branches falling on your shelter while you sleep. Select a place that is free of these hazards if you can. Take into consideration the possibility of avalanche or rockslides as well.

Protection from wild animals is a real concern. Usually weather, starvation, and dehydration are much bigger dangers than wild animals. You should still be aware of the threat posed by wildlife. In some environments the threat may be much more serious. In a jungle or rainforest environment for example, it is much more important to be off the ground to avoid nocturnal predators. In many cases, a fire would be your best defence against predators. In a jungle you should also sleep on a raised platform.

It is a good idea to avoid low ground and narrow valleys. Cold air will tend to accumulate here. These areas also tend to be wetter and have more pests. Thick vegetation will tend to have more insects. Avoid this if you have the option. Also, check for poisonous snakes and scorpions. Be aware that tall grass and bushes can mean ticks, mites, and other insects. Depending on what part of the world you are in you may need to watch out for venomous ants, spiders, and other stuff. Stay above the high water mark, if you are near water.

This is totally a combat consideration and not really directly related to wilderness survival. We want to talk about it anyway because it fits really well within our discussion of shelters. Your shelter can be camouflaged and provide concealment, if that is a concern.

A common acronym for the basic principles is BLISS:

If you want to learn more about creating elaborate shelters you can check out this book on Project Gutenberg: Shelters, Shacks and Shanties